Just got back from a little day trip to Chloride, a little tiny silver mining town incorporated in 1865. It’s now an almost-ghost town. It’s got a lot of character!  Lots of metal “yard art” in several places. (Click on a photo to make it bigger) 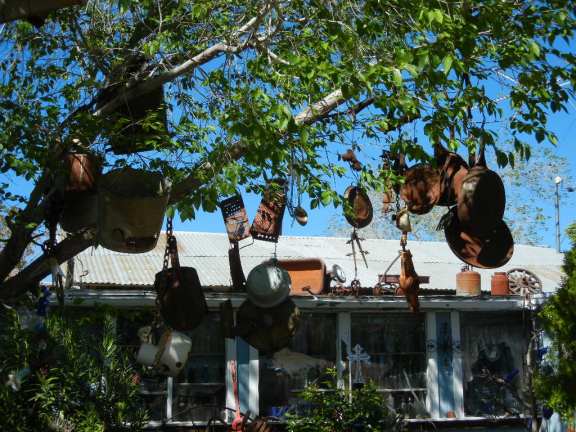 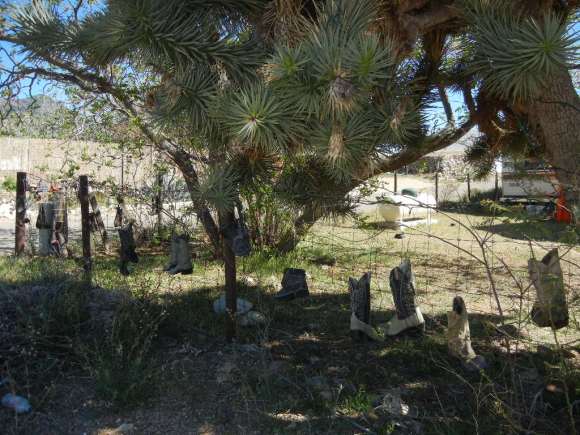 And I loved these boot birdhouses: 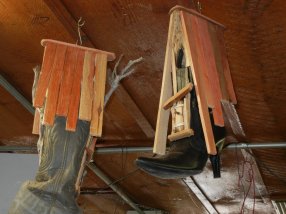 And Deb says she’s changing her Facebook photo to this. Yep, we buried her still wearing her sunglasses and her Breathe-Right nasal strip. 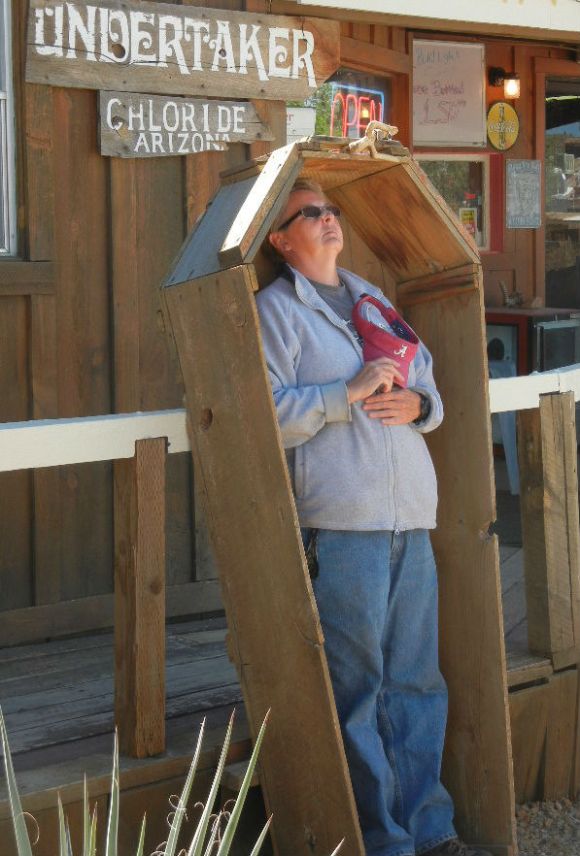 Outside the store was this fantastic rock!  I wanted it BAD but it’s a bit too big. 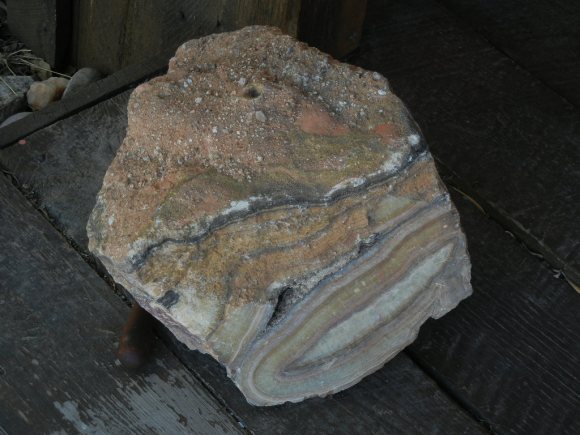 This old gas station had a tiny railroad track running around it, and it even had a little roundabout for changing tracks! 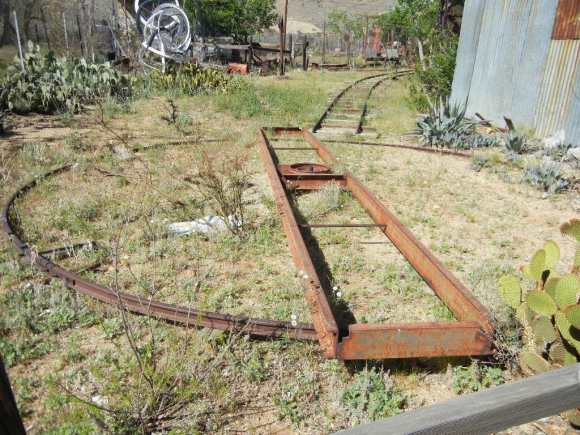 A nice young lady in the store gave us a map and showed us what to go see. She told us about some Roy Purcell rock murals that were 1.3 miles down a dirt road…hahaha, ROAD!  It was a really rocky little path (at best). A couple times Deb had to get out and show me where to drive so I wouldn’t bottom out on the big rocks sticking up.  But once we finally got out there, the murals were pretty cool.

On the way out to the murals we saw a couple bright red patches way up the side of the mountain. We looked at them with the binoculars but still couldn’t figure out what they were; they looked like mums!  Then later in town we saw this cactus in full bloom, and we are pretty sure that’s what was on the mountainside.

After that rough road, the next time I stopped the car and rolled down the windows to keep the dogs cool, one of my rear windows would not work! It will not roll up at all, and if I pulled it up by hand, it just slid back down. So Deb had the bright idea to pull it up all the way and jam some little sticks in at the bottom as wedges, to hold it in place. So far it’s working but….my poor car! It’s going to be a total wreck by the time I get done with this trip!

On the way out of town we saw this old station wagon passing by….heaped up with pure junk on the top of the car and all over the hood!  ??? 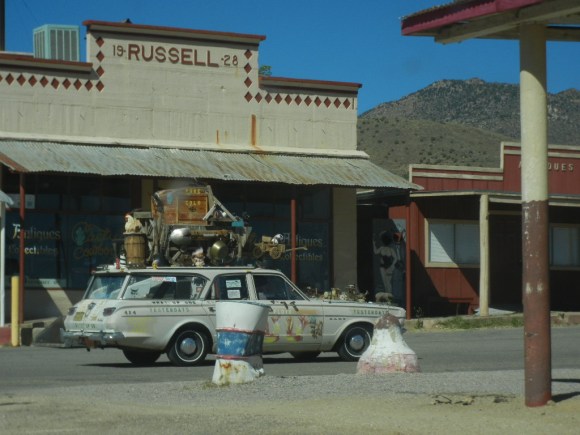 We had lunch at Yesterday’s Restaurant which used to be an old stage stop, and there was a big group of people there who were filming a music video! We weren’t able to find out the name of the group, but the waitress said they were from France.  Who’d come from France to make a music video in little bitty Chloride, AZ?!  Maybe someday we’ll find out. There was also a very strange stuffed Doberman behind a glass case inside the restaurant. We should have asked for the backstory on that!  We could have had Spam sandwiches, or peanut butter & bologna, or peanut butter & bacon sandwiches!!  (We didn’t.)

Deb cracks me up. What an interesting town. This comment probably won’t go through.

Hello, I don’t often comment on blogs, but I wanted to tell you how much I enjoy your tales of your travels and your pictures are great. Thanks for sharing!