On Tuesday, Jenni helped install the propane line for my new Olympian Wave 3 heater. (As usual, that means she did all the work while I sat around being supportive) She had to crawl up inside the very small outside storage compartment!  What a good sport.

I’ve been house-and-dog sitting since Wednesday. That first day I made too many trips from the camper to the house (it’s on a hill), and too many trips in the house so my calves were killing me for the next three days! Better now but I wasn’t sure I was going to live through it.

In the camper, the “bathroom” (porta potty) is one step from the bed and the door is 2 steps. I can take Roxie out and let her go potty in about 5 steps. In this gigantic house, it’s 40′ from the living room to the bathroom, and 60′ to where the dogs can go potty!  My knee is doing surprisingly well in spite of all the exercise.

Thurs-Sun I hosted the third annual Pajama Party with two friends. We had a great weekend of good food & good company! On Friday we drove up the Blue Ridge Parkway to Pisgah Inn and had lunch. I believe the fall color is at it’s peak! The sun was coming from the wrong direction to get really good photos. 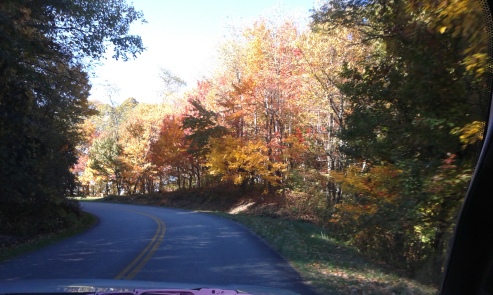 Jake really took a shine to my friend Patricia, who played with him a lot. He’s usually not that friendly. On Saturday morning he snuck into her bedroom for a cuddle, and he’s not allowed in that room. Bad Jake….bad Patricia for leaving the door open!  He was ushered back out quickly.

Jack has some wind chimes that he pushes with his nose when he wants to go out, and a sort of doorbell that he steps on when he wants to come in.  It takes some getting used to, when the doorbell rings and it’s the DOG!

One of my friends noticed this huge snake in the strawberry patch:

We were all agog until finally we realized it never moves……it’s an inflatable snake to keep out the strawberry-eating critters!!  I don’t know if it works for them but WE weren’t going to go anywhere near the strawberries!

Princess Roxie got a haircut today. I hated doing it; I like her to have the natural coat her breed (Havanese) is supposed to have. If I could bathe her often, she’d never get matted but I just don’t have access to that much water, and she’s horrible about being brushed or combed. So off with it! I took her to a friend who has a grooming salon and he’s really good; he gave her a very cute scissors cut. The only thing she got to keep was her long tail. The rest is about 2″ long all over. And she can SEE now, without all that hair falling into her face. I don’t hate it as much as I thought it would. Maybe in a few days I’ll even think it’s cute. (That’s Jake’s doorbell at the top right of the first photo) 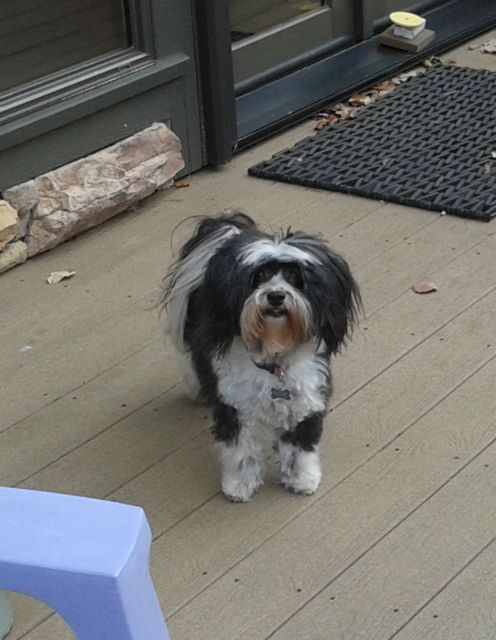 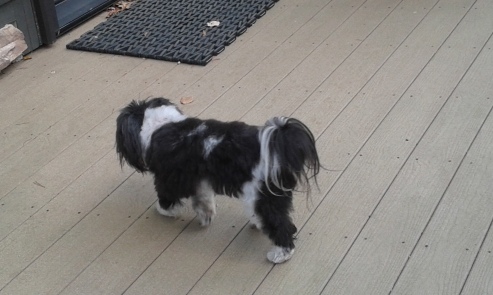 THANK you for using my Amazon link to order your goodies! It was a really good month;  104 items shipped which gives me 7% back! (And it doesn’t cost you any more to order through my link)       Copy and paste into your browser:  http://amzn.to/2eHjmHm

6 Responses to Wandering Around Asheville