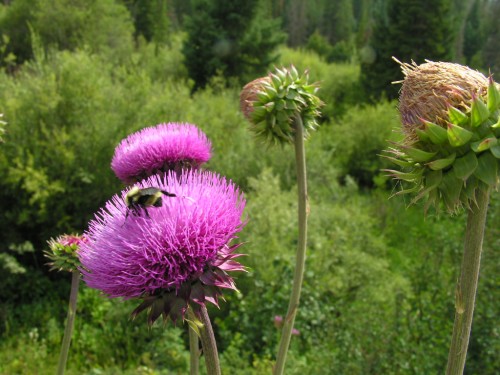 Here are some photos of “downtown” Centennial, Population 270. 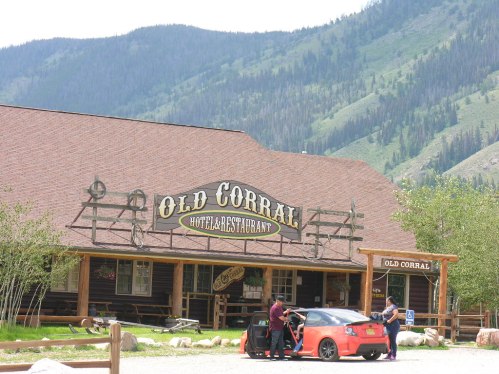 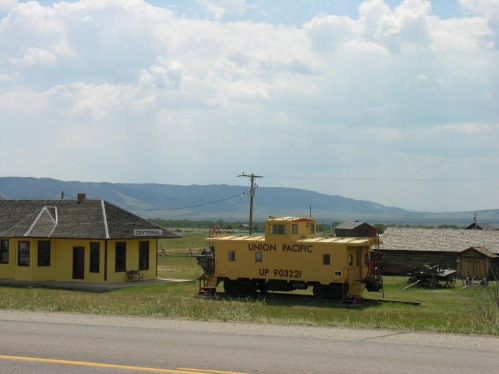 It’s been a week of blustery cool and wet weather…..sometimes just a shower and sometimes off & on all day torrential rains. Almost every time it rains we also get some small hail, and when I went back to Mirror Lake (10,500’), it snowed for a little while! The mending I did on my skylight leaks worked!! But now there are two new leaks, one from the other end of the skylight and one from the vent fan. Ugh! I can’t do much about it until the roof is down.

Night temperatures have been as low as 36, and as high as 45. I actually like the colder temps because the heater is just right with the door window cracked about ½”.  If it’s over 40, then I have to open windows wider and/or the ceiling vent so it doesn’t get too warm.

I mentioned last time that the neighbors had invited me to a fish fry. Oh my! There were 9 of us there and there had to have been at least 40 Cutthroat and Brook Trout! Everyone had at least 3 or 4, and there were some left over. The neighbors were three couples (one has since gone home), all farmers from Iowa, Nebraska and Kansas. Big-time farmers…one told me he had over 2,000 acres! I find it hard to picture retired farmers gadding about the county in giant expensive 5th wheels and Class A motor homes. One of them tows the 5th wheel with a huge semi tractor, complete with tanks for fresh and blackwater so they don’t have to move the 5-er to dump or get fresh water…..what a good idea! Plus they tow a Jeep.  The other couple tow their 5th wheel with a big gnarly diesel Dodge Ram flatbed.  The Class A folks towed a small enclosed utility trailer that housed their 3-wheel motorcycle. I guess there must be some good money in farming!  They’ve been very nice to me and invited me for several meals but you know I’m so socially backward, I am not comfortable in big groups. So I mostly stay to myself, but I do feel safer with friendly neighbors here.

Yesterday Roxie and I drove to Saratoga to scope out the campsites on the N. Platte River. We’ll be moving there early next week. It’s a larger town than Centennial, with a real grocery store and laundromat, plus free hot springs and showers 24/7 at the “Hobo Hot Springs”. But just like here, zero Verizon signal, even in the heart of the town! This area must be a black hole for Verizon.

Today we have to go back to Laramie to pick up a new porta-potty that I ordered. My Thetford has some awful problem with the latch that holds the two sections together, and it doesn’t look fixable. Suffice to say that when the two sections don’t hold together tightly, ugly things happen. I don’t wanna talk about it.